Watch the first ever ‘The 5th Wave’ trailer below:

The 5th Wave stars Chloe Grace Moretz as Cassie Sullivan, a young woman desperately trying to save her brother while staving off the aliens as they infiltrate our world in their attempt to wipe mankind out of existence. Help comes in the form of Ben (Nick Robinson), but Cassie must quickly figure out if she can trust him, or if he’s one of “the Others.” Liev Schreiber, Maria Bello and Maggie Siff also star in this intense sci-fi thriller based on the YA novel.

Exciting news Wavers. Rick Yancey has revealed the title for the third book in The 5th Wave series.

Watch the video below to find out the title:

THE LAST STAR! If you’ve read The Infinite Sea then you know what/who the title is referencing. Are you excited?

The second book in The 5th Wave series, The Infinite Sea was just released a week ago and now we have some great news.

Rick Yancey has officially started writing the third book in The 5th Wave series. He shared a picture on twitter captioned:

“Doing a bit of writing today. My next little project …”

Wavers how excited does this make you? 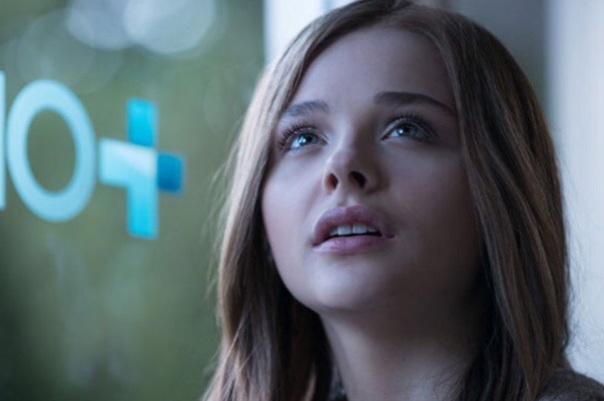 Our Cassie, Chloe Grace Moretz talked with Barnes and Noble about The 5th Wave, If I Stay and more.

You’re starring in The 5th Wave next, an adaptation of a YA series by Rick Yancey, and spent a lot of time on-set with If I Stay author Gayle Forman—has this inspired you to get writing?

I try to, but because I’m 17 I think my brain can’t handle sitting and writing one thing, so I’ll literally start a project of writing something and I get completely sidetracked and I CANNOT FINISH IT. So I think I have to give myself a couple of years and try.

What are some of your favorite YA books?

I enjoy books that aren’t really YA in that sense, so when I read The 5th Wave it’s a very un-YA YA book, and the same with If I Stay, and these are books that hang under the label of YA but aren’t really—they deal with bigger problems and bigger emotions than most YA books. My favorite novel in general is Wuthering Heights.

Since The 5th Wave Source has hit 500 followers today marks out first giveaway. The prize that will be given away is a signed copy of Rick Yancey’s The 5th Wave. The book is signed by the author Rick Yancey. This giveaway is open to United States residents only. 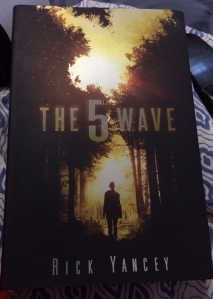 In order to enter the contest click a Rafflecopter giveaway

It was very recently announced that Chloe Grace Moretz will play the role of Cassie Sullivan in the film adaptation of Rick Yancey’s The 5th Wave.

Page to Premiere has come up with a list of 5 reasons why Chloe will rock the role of Cassie in The 5th Wave.

Check out a couple below:

She knows how to give (and take) a hit:

One of Chloë’s first starring roles was in the action film, “Kick Ass,” where she played ‘Hit Girl,’ a prepubescent, purple-wig-wearing superhero, who curses like a sailor and fights like an adrenaline-fueled ninja.

In “The 5th Wave,” Cassie uses many a punch and kick to fight her way out of some tricky situations. Chances are, the movie will also lean heavily towards action sequences, à la other dystopian films of today, and I’m sure Chloë will have no troubling handling them in a way that’s as genuine and kick-butt as in the book.

She can handle the emotional stuff:

Chloë isn’t just an action hero; she can bring it when it comes to the emotional side of a character as well.
In 2010, she starred as a conflicted, blood-thirsty vampire in the dark thriller, “Let Me In,” which called for a variety of different dimensions and emotions to come together in one cohesive role.

Her darker turn in “Carrie” also proves she can handle the tougher aspects “The 5th Wave” film will surely demand of her character. In lesser hands, Cassie could come across as nothing more than another Katniss rip-off. But with Chloë at the helm, expect to be wowed.

Head on over to Page to Premiere to see the rest of the reasons.

Why do you think Chloe will be great as Cassie? Share your thoughts below.

Rick Yancey’s The 5th Wave has been nominated for the YALSA‘s Teen’s Top Ten!

Yancey, Rick. The 5th Wave. Penguin/Putnam Juvenile. (9780399162411).Present day – the aliens have invaded the planet, or as Cassie likes to call them, the Others.Almost everyone has been killed off by the 4th Wave, and now, Cassie one of the few survivors living now during the 5th wave, roams the country while trying to stay alive to find her brother – that is, if he’s still alive. When she’s taken in by a boy named Evan, she realizes that he’s different. He’s not like her, but he’s all she’s got. Cassie has to overcome her doubts and trust issues if she wishes to survive the 5th wave.

Watch the video to see the other nominees:

Click here to vote for The 5th Wave on August 15th.

Pintip Dunn was interviewed by USA Today on her favorite books. The 5th Wave was one of those books.

Check out what she said about it:

Michelle: What book or series in 2013 and this year make you want to tell everyone, “Get it now and read.” Why?

Pintip: The 5th Wave by Rick Yancey. Remember all the things I loved about my keeper books? Well, this novel has them all. Beautiful writing, suspenseful plot, thoughtful structure, horrific world, and painfully real characters. This book took my breath away — and that only happens about once a year. If you like Young Adult or science fiction or just a really good story, go read this book now!

Click here to read the rest of the interview.

The 5th Wave is nominated for a bunch of awards on Tumblr.

Vote Cassie for Favorite Hero, Ringer for Best Badass Female in a book, The Infinite Sea for Most Anticipated, The 5th Wave for Best Cover Art, Evan Walker as Best Male Cutie, Ben Parish as Best Badass Male, “We are the 5th wave” for biggest WTF Moment and Cassie and Sammy for Most Heartbreaking Reunion.

CLICK HERE TO VOTE FOR “WE ARE THE 5th WAVE!

CLICK HERE TO VOTE FOR THE 5TH WAVE FOR BEST COVER ART!

You have until April 30th to vote!

The county named The 5th Wave by Rick Yancey as its favourite teen title published in 2013.

“Dystopian novels are still flavour of the month and this is a gritty, terrifying picture of life after a catastrophe.

The sequel is published later this year and there will be many young people lined up waiting for it.”

A huge Congrats goes out to Rick Yancey!

The 5th Wave is currently in stores now and the sequel, The Infinite Sea, hits bookstores on September 16th.